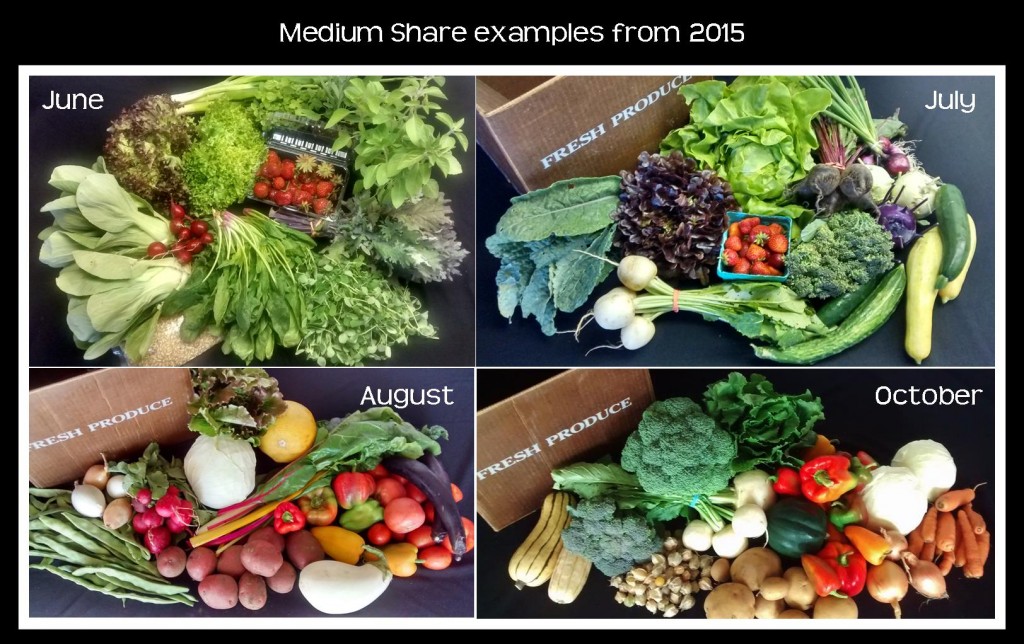 We’ve compiled the examples below for the Medium Produce Share and Small Produce Share of our Summer Season CSA to give you an idea of how much produce we’ve given in past years and approximately when it was given.  While we plan for the quantities and dates shown on the chart below, actual amounts and dates will vary based on the weather and the season. Each season is different; certain crops may be abundant one year and less in another.  The quantities listed below represent approximate amounts received for the Medium Produce Share and Small Produce Share during an average year. Typically, we plan to include 8 to 12 different items per weekly share.  GEF does not guarantee a minimum amount for any single crop.

Below:  Example Produce Shares for Medium & Small Shares of our Summer Season CSA:  Each season will vary and differences are based on weather and other factors.

Included with your weekly CSA share you will receive our newsletter “The Com Post”.  In The Com Post we share farm news, how to store and prepare certain vegetables, recipes, and other helpful tips about the produce you have received in your box.

Our Produce Page lists what crops we grow and when we plan for them.